David Meredith is in the kitchen

Today we have author David Meredith in the kitchen. He’ll be visiting through Christmas and New Years. He’ll share a few things with us to help with your holiday! Everyone, please, find a seat and let’s get cooking.

Mary: Tell us a bit about your background, your non-writing background. What your hobbies are, what you do to relax, that type of thing.

David: That’s honestly a hard question right now since nearly every spare moment of free time I have is spent promoting The Reflections of Queen Snow White. However, when I do have the time, I enjoy reading, of course. I especially like Tad Williams, Robin Hobb, and Neil Gaiman among others. I am an English teacher and have been for a very long while now with just under a decade of that experience coming in Japan. I am actually quite fluent in Japanese and still study it, though not nearly as religiously as I did when I lived there. I also spend most of my summers coaching swimming.

Mary: I hear from a very good source that you grew up helping out in your dad’s restaurant. How was that? Any fun kitchen stories?

David: I think the phrase which most succinctly describes that experience is “indentured servitude”. My job at his restaurant was basically to do whatever needed to be done that his other (non-related) workers did not want to. Anything nasty or gross generally became my responsibility. It was a buffet so I washed a WHOLE lot of dishes with some toilet scrubbing and other various types of icky mess cleaning thrown in for good measure. All snarky cynicism aside though, it wasn’t a bad experience, really. It was much easier to get my schedule adjusted there than at subsequent employers. I did end up learning a whole lot about cooking AND developed a much greater appreciation for the value of an education. At the end of it all, I was quite certain that I had no desire whatsoever to do hourly restaurant work for the rest of my life, so I’d better go out, work hard and make something of myself.

In terms of fun kitchen stories, an awful lot of the fun of working at the restaurant was really about the diverse personalities of the other people who worked there with me. There was one girl who was a hostess and went through boyfriends like most of us go through pairs of socks. She always had explicitly detailed accounts of her romantic exploits raring and ready to share with everyone (customers included). There was the 400 lbs. (28 and a half stone) cook who had bought a late 70’s Cadillac, painted it baby blue with a paint roller and house paint and then replaced the missing grill with chicken wire that he spray-painted gold. He talked constantly about that car like it was ready for a museum or hotrod magazine. Then there was the middle-aged guy who I washed dishes with regularly who kept the cremated ashes of his dead father in an urn that he carried around with him. I never saw it myself (by the time I got there my dad had already put his foot down about bringing it to the restaurant), but he’d always come in to work with stories about how he and his dad had watched such and such on TV the night before. Or he had taken his dad fishing with him the previous weekend. Or how his dad nearly got blown out of his car because his lid came loose and the windows were down. Once you got past the creepiness factor, they were actually pretty entertaining stories.

There were others too, but those three stood out the most to me. The crazy variety of interesting people made the job a lot more fun - in fact, maybe I should write something based on that.

Mary: What are your favorite holiday traditions?

David: Growing up my grandmother had a big collection of Christmas elves made out of pine cones that she only got out for Christmas. It was always mine and my brother’s job to put them out on the steps with all of their paraphernalia. Then of course, Santa was at the very top. We did it for years well into our early twenties and now that she has passed on, it’s a tradition that I miss.

Other than that, we still do all of the typical American stuff- The big, gaudy tree, lunch with my parents and dinner with my wife’s parents, Santa Claus for the kids on Christmas morning, etc.

Mary: Since you’ll be here in the kitchen over Christmas and New Years do you have a holiday recipe for us? And maybe a party favorite you’d use for a New Years Eve party?

1. Pinch off green bean stems
2. Blanch green beans in boiling salt water but do not cook through (approx 3-5 minutes after water is boiling)
3. Heat olive oil on HIGH in a medium to large fryingpan or wok
4. Add bacon, minced garlic, and pinenuts - fry until slightly browned but do not crisp bacon, stir constantly.
5. Drain green beans and add to frying pan/wok
6. Add salt, pepper, and onion powder to taste and toss constantly with tongs or spatula for 5-7 minutes (beans should still be slightly crispy)
7. Remove from heat and immediately plate in a serving bowl or on a platter

TIPS: Because the beans must be constantly tossed a wok works best, but you can use a frying pan. Also at high heat it will cook VERY quickly so you must be extra careful not to burn it (pine nuts are especially suseptable to scorching)

I’m not exactly sure what about them makes them “Roman” per se, but they disappear quickly once they’re out on the table.

1. Wash mushrooms and remove the stems (this recipe only uses the caps, but in the interest of preventing waste I like to finely chop the stems and add them to something else I'm making like a turkey stuffing for example).
2. Preheat oven to 425
3. Heat butter in a frying pan on medium heat
4. When the butter is fully melted add the mushroom caps - salt and pepper to taste stiring often.
5. Cook mushroom caps thoroughly, but leave slightly firm
6. Remove from heat and arrange on a cookie sheet or baking pan - open side up.
7. Finely chop shrimp and parsely - put in mixing bowl
8. Add olive oil and parmesan cheese - toss thoroughly
9. Spoon mixture into mushroom caps
10. Put in oven until cheese is golden brown (generally 10 minutes or less - check often)
11. Serve (I think they work fine as finger hordevours, but for those worried about greasy fingers you can also serve them with tooth picks in the side of the mushroom caps - the top doesn't work very well)

These are a couple of dishes I really look forward to around Holiday time. I hope you enjoy!

Mary: I hear you have a new book release. Tell us a little bit about your book. Also, please share your Web site, buy links, and any social media links.

David: Right, I have recently released The Reflections of Queen Snow White on Amazon in the Kindle Store:

I’ve been really pleased with the reaction so far (all 4 and 5 star reviews on Amazon with more 5s than 4s) and everyone I’ve talked to who has read it so far has had no shortage of nice things to say about it.

What happens when "happily ever after" has come and gone?
On the eve of her only daughter, Princess Raven's wedding, an aging Snow White finds it impossible to share in the joyous spirit of the occasion. The ceremony itself promises to be the most glamorous social event of the decade. Snow White’s castle has been meticulously scrubbed, polished and opulently decorated for the celebration. It is already nearly bursting with jubilant guests and merry well-wishers. Prince Edel, Raven's fiancé, is a fine man from a neighboring kingdom and Snow White's own domain is prosperous and at peace. Things could not be better, in fact, except for one thing:
The king is dead.

The queen has been in a moribund state of hopeless depression for over a year with no end in sight. It is only when, in a fit of bitter despair, she seeks solitude in the vastness of her own sprawling castle and climbs a long disused and forgotten tower stair that she comes face to face with herself in the very same magic mirror used by her stepmother of old.

It promises her respite in its shimmering depths, but can Snow White trust a device that was so precious to a woman who sought to cause her such irreparable harm? Can she confront the demons of her own difficult past to discover a better future for herself and her family? And finally, can she release her soul-crushing grief and suffocating loneliness to once again discover what "happily ever after" really means?

Only time will tell as she wrestles with her past and is forced to confront The Reflections of Queen Snow White.

It’s an emotional journey and a number of people have told me that it made them cry. If you’re looking for a really uplifting tear-jerker with some serious romance too, this is it. I hope you’ll all buy it for the readers on your Christmas list through Amazon Gifts!

Again it’s available on Amazon here:
Also, please check out and “like” my Facebook page: https://www.facebook.com/DavidMeredithWriting
Or visit my web page! http://davidmeredithwriting.com
You can also find reviews of The Reflections of Queen Snow White on Goodreads:
https://www.goodreads.com/book/show/18780192-the-reflections-of-queen-snow-white?ac=1
Follow me on Twitter! @davidmeredith2013
I’m also on Linked-In!

Thank you, David, for joining us it’s been a pleasure getting to know you better.
Labels: Kitchen Guest 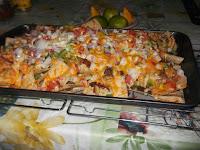 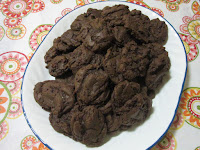 Kelli A. Wilkins is in the kitchen!